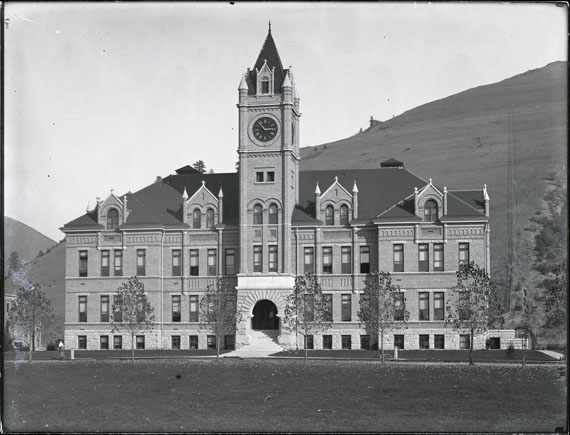 The University of Montana: Institutional Mythology and Historical Reality

The University of Montana: Institutional Mythology and Historical Reality

Dennison's tenure as President of the University of Montana was the longest in the institution's history. In office from 1990 until 2010, his connection to UM began well before he served in any executive capacity. As a student he earned both his B.A. and M.A. degrees in history from the university in 1962 and 1963 respectively. After retiring, Dennison returned to his roots as a historian. Focusing on the institution that played such a pivotal role in his life, Dennison began researching and writing a comprehensive history of the University of Montana. He produced a partial manuscript prior to his death in 2017.

As indicated by its title, "The University of Montana: Institutional Mythology and Historical Reality," Dennison's manuscript seeks to explore how mythology and reality intertwine in the historical narrative of the school. He wrote much of it against the backdrop of the U.S. Presidential election of 2016, and states in his preface that his belief in the imperative for historical truth informed his approach to this research.

Dennison breaks the history of the university into seven distinct periods, which span from its founding in 1893 to present day. Delving into each of the university's presidential administrations, Dennison analyzes how major developments in UM history unfolded within the larger context of Montana state politics and, at times, national and international events. Taking a particular lens to the advent of the land-grant college, Dennison contends that dueling beliefs about the fundamental purpose of higher education set the institution, in its infancy, on a long and meandering path to its eventual mature university status. While charting the course, Dennison explores the role of enduring campus myths alongside the actual strategies, accomplishments, and failures of the people who built the University of Montana over the last century.

Dennison considered this manuscript Volume 1 of his institutional history. In it he refers to Chapters 4, 5 and 6 and an Epilogue that are not present in this draft.