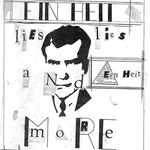 Rob Quist, a founding member of the Mission Mountain Wood Band, describes growing up in Cutbank, Montana, his early interest in playing music, and attending the University of Montana, where he was a member of the Jubileers glee club. He recalls how he met and began playing with the other members of MMWB, and when the band was formed. Quist talks about how the band was primarily a touring band, much like the Grateful Dead, that rarely played in Missoula, except for specific events such as the Aber Day Kegger. Quist reminiscences about some of the memorable touring moments including being invited to play on a boat for the Hell’s Angels, footage of which was captured in the documentary. Quist also discusses the other bands in which he played including, and how the MMWB came together again after one of their bandmates died.