The Public Land and Resources Law Review elects a new editorial board and accepts new staff members every year. Meet the editors, staff, and faculty advisers for the 2022–23 academic year below.

Alec grew up in Bozeman. Like many Montanans he enjoys skiing, hiking, and backpacking. His favorite range is the Beartooth, but he has spent time exploring most the great Montanan mountain ranges. Alec attended MSU to study Biochemistry. After recognizing the large amount of work needed to sustain and protect our environment and realizing that navigating bureaucracy was key to accomplish this, he decided to attend law school. He can be found in the mountains taking photos and chasing down his energetic dog, Bo.

Originally from Helena, Malcolm grew up playing all over Montana. When he was a kid, he hunted along the Tongue River in southeastern Montana and backpacked in the Bob during the summer. Now he loves to paddle, ski, and run everywhere in between. The responsibility to care for and protect the communities and places that fill his cup became part of his worldview early on. Malcolm is excited to continue helping expand upon the strong legal foundation environmental advocates built around the same vision. Onward!

Aspen was raised in Ninemile, Montana by wildland firefighters. She recieved her B.S. from University of Montana while spending field seasons in the Bob Marshall Wilderness working on forest dynamic projects for the Forest Ecology Lab. After graduation, she worked as a reserach ecologist on forestry, disturbance regimes, and ecosystem resiliency projects in places like Iceland, Utah, and Mexico. Aspen is now pursuing a J.D and Masters of Public Administration at Univesrity of Montana to help bridge the gaps between science and management by supporting science-driven policy and actionable climate change mitigation efforts. In the winter, Aspen coaches sking for Missoula Freestyle Team and spends her free time backcountry skiing. Any other time of year she is focused on climbing, trail running, and figuring out how to bikepack.

Clare grew up in Cleveland, Ohio before moving south to pursue a degree in biological science at the University of Alabama. After graduation, she moved to Montana for what she thought would be a three-month internship in the Centennial Valley. She never left; and spent the past four years working for the Centennial Valley Association on invasive species management, environmental education, and predator-conflict reduction. She hopes to combine this grassroots conservation experience with a legal education to advocate for and protect the West’s working landscapes. In her free time, she enjoys trail running, horseback riding, skiing, and spending time with her hound dog named Sadie.

Gina grew up in Hamilton, Montana, and the surrounding Saphire and Bitterroot ranges. At Montana State University, she pursued her love of reading, majoring in History, and later earned her teaching certification. Gina was fortunate to teach for two years in Kasigluk-Akiuk, located within the Yukon Delta National Wildlife Refuge of Alaska, before returning to Montana for Law School. When not in school, Gina is on the lookout for small trout, huckleberries, and discount lift tickets.

Valan grew up in the suburbs of Philadelphia. He graduated from Allegheny College near Pittsburgh with a degree in Environmental Studies and Philosophy. He then moved out all the way to Montana to pursue his master’s in Environmental Philosophy. Afterwards, he worked on environmental advocacy and political campaigns before deciding to pursue a law degree, hoping to specialize in environmental and public interest law. He’s a hiker, weightlifter, poet, drag king, and devoted cat dad.

Paul was born in Santa Fe, New Mexico, and raised in Bayfield Colorado. He subsequently moved to Missoula to attend the University of Montana, where he majored in History (emphasis in Islamic Studies) and Political Science. Before attending Law School, Paul was a raft guide for five years as well as a cameraman where he worked for the Montana Tourism board and on shows such as Mountain Men. He also enjoys backpacking, hiking, fishing, and traveling. After Law School, he hopes to become a Judge Advocate General for the United States Army.

Anna is from Aspen, Colorado where she was raised exploring the Elk Mountain range of the Rocky Mountains and spending as much time as possible taking extra environmental science courses or backpacking, rafting, and skiing in the surrounding valleys. From a young age Anna knew environmental law was her passion, stemming from the desire to protect and advocate for the intersections of human health and wellbeing and our natural environment. Anna attended Gonzaga University for undergrad where she double majored in Environmental Studies and Sociology.

Amanda was born and raised in Butte, Montana. She has been fortunate enough to spend a significant amount of time exploring the great outdoors. Some of her favorite hobbies include skiing, camping, hunting, spending time with family, and the occasional Netflix series. Amanda attended Montana State University and graduated with a degree in Chemical Engineering. After spending some time in Western New York, she was ecstatic to be able to return to Montana to attend law school. Amanda looks forward to practicing law in the great state of Montana.

Brian grew up in Ohio, but after being stationed in the Mojave from 2008-10 he decided to stay out west. He has lived in a half-dozen western states, including a stint as a gold miner in the Alaskan bush. Most recently, he spent five years working with current and former members of the chronically homeless community in Portland. He enjoys small towns, hiking, and gawking at birds with his dog Coop.

Jennifer grew up in the San Francisco Bay Area in Marin County. After exploring the beaches and headlands of Northern California, she moved to Missoula at attend the University of Montana. Once in Montana, she spent time around the state working for various regenerative farms and ranches while earning her undergraduate degree in Environmental Studies. In an effort to serve sustainably minded producers through legal reform, Jennifer is pursuing a law degree and a Masters of Public Administration.

Sawyer hails from the Acadian forests and coast of Northern New England. He found his way west to Colorado College, receiving a degree in Environmental Science and English. During his undergrad, he fell in love with the indomitable western landscape. After a brief stint working as a fly-fishing guide in Scandinavia, he began a career in conservation advocacy working on federal, state, and local issues related to public lands, hunting, and conservation for NGOs, federal, and state agencies. He returned to school to pursue an MS/JD. He is interested in conservation funding, energy, water, and equity. In his free time, he can be found exploring rivers, mountains, or prairies with his two bird dogs and partner, Erika. 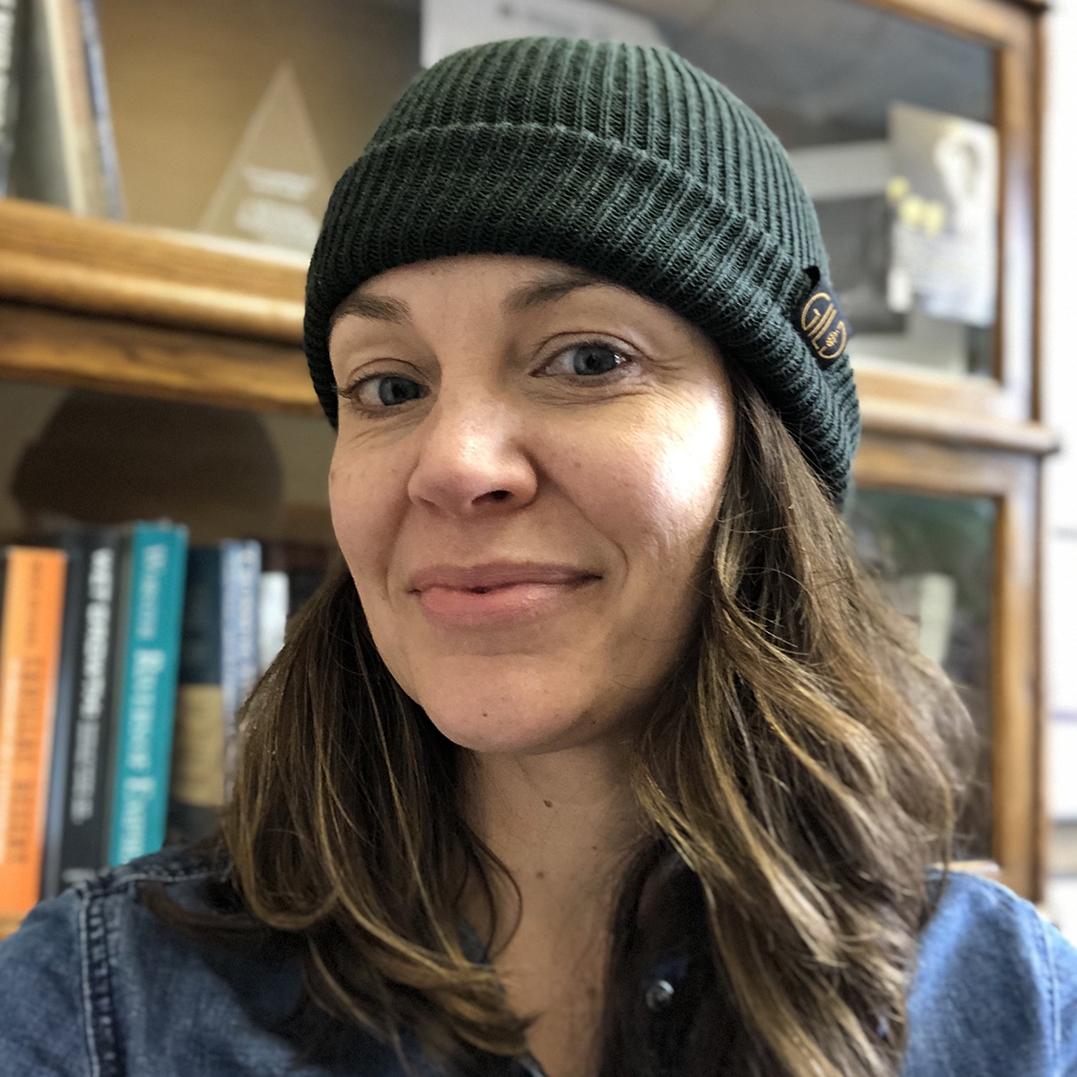 Professor Michelle Bryan teaches in the Natural Resources & Environmental Law Program and is Co-Director of the Land Use & Natural Resources Clinic, which works on behalf of Montana governments and is among only a few such clinics nationwide. She has been honored to receive the Garlington, Lohn & Robinson Faculty Teaching Award and the Margery Hunter Brown Faculty Merit Award for her professionalism in the classroom, her research, and her public service. Growing up in farming and ranching communities in the West, Professor Bryan was drawn to the fields of natural resources and environmental law. Before joining the law faculty, she worked in private practice representing a variety of clients including local governments, private landowners, non-profits, developers, and affected neighbors and community groups. She brings this diversity of perspective to her scholarship, her teaching, and her work with government clients. Her current research interests include the relationship between land and water use, planning in an age of climate change, the balancing of environmental and land use rights, and the role of public trust in water use. Outside of teaching, Professor Bryan has served as board member and past president of the Montana Justice Foundation. She enjoys hiking, fly fishing, and exploring the vast spaces Montana. Professor Bryan graduated from The University of Montana School of Law with high honors and served as an editor of the Montana Law Review. Prior to law school she was a policy specialist for the Water Resources Center in Bozeman, Montana.

Kekek Stark is an Assistant Professor of Law with the Alexander Blewett III School of Law at the University of Montana. In this capacity he is the Co-Director of the following programs: the Indian Law Program; the Margery Hunter Brown Indian Law Clinic; and the American Indian Governance and Policy Institute. He is a Turtle Mountain Ojibwe and member of the Bizhiw (Lynx) Clan. Kekek is a former president of the Minnesota American Indian Bar Association, a forum Bush Foundation Leadership Fellow and alumnus of Hamline University School of Law. Kekek worked as an assistant professor with the American Indian Studies Department at the University of Minnesota – Duluth as well as an adjunct faculty member at several institutions. In addition to his teaching experience, Kekek served as the Attorney General for the Lac Courte Oreilles Band of Lake Superior Chippewa Indians, as a policy analyst in the Division of Intergovernmental Affairs for the Great Lakes Indian Fish and Wildlife Commission, and as a policy analyst for the Bad River Band of Lake Superior Tribe of Chippewa Indians. As a practitioner of Indigenous law, Kekek has firsthand experience in training students in how to work productively with Indigenous principles and procedures. Along the way, he has helped build institutions grounded in Anishinaabe law and has helped students and communities forge better relations between Indigenous and non-Indigenous institutions and peoples, strengthening tribal sovereignty.